Betcris, the leading gambling operator in Latin America, has been targeting Brazil as one of its primary expansion locations. The country is busy establishing protocols to embrace gambling, both retail and online, and Betcris recognizes the importance of the market for its future.

The company conducted a marketing photo and video shoot in the country earlier this year, bringing in Betcris Ambassador, and international soccer star, Ronaldinho, to lend a hand. Now that Ronaldinho has returned to the country following the coronavirus pandemic and his legal issues in Paraguay, it’s time to pick up where they left off.

In the previous marketing photoshoot, Betcris Chief Marketing Officer Aurélien Lohrer had traveled to Brazil to coordinate the marketing efforts, creating content that would primarily be used on Betcris’ social media accounts, as well as other digital properties managed by the company. There were a variety of video offerings made available, from ten-second clips to sixty-second spots, all designed to capture the beauty of Brazil and highlight the important role Betcris has in the country’s gambling development. Betcris also took advantage of the opportunity to capture footage that will be used for online marketing, as well as for banners and other forms of print marketing.

Ronaldinho was asked to participate in the activity as both a Brazilian soccer star and an ambassador of Betcris. He spent around five hours assisting in the production of the media content and was an important part of the photo and video shoot. The Ballon d’Or recipient signed on as an ambassador for Betcris last October, and his participation in the marketing efforts was announced when he signed on with the company at that time.

Having Ronaldinho as the face of Betcris throughout Latin America is a significant victory for the company. His international status as a superstar is unparalleled, and his ability to attract attention gives Betcris an advantage over the competition. The gaming operator is excited to have him back, and is looking forward to continuing to generate worthwhile content to draw attention to the sports gambling industry.

Says Betcris CEO JD Duarte, “Ronaldinho is back. We are happy that Ronaldinho is already back in Brazil, and excited to continue working together. Ronaldinho is a legend and a great Betcris brand ambassador. We always supported him and waited patiently for this moment when we could continue with the projects we had started.”

The marketing op that took place in Rio de Janeiro in February will now be continued with similar activity. Betcris has become the leading gambling platform in Latin America because of its dedication to the customer and focus on transparency. It is also a principle driving force behind the development of a well-regulated gambling ecosystem throughout the region, and is involved in a number of initiatives that are helping to drive growth while integrating proper customer care and protection. 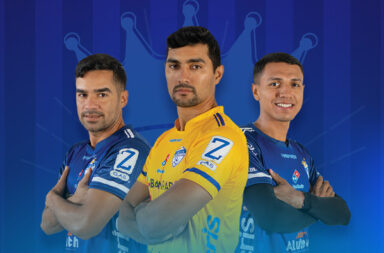