The 2021 NFL Draft is fast approaching, scheduled to run from April 29 to May 1. The first of the seven rounds will take place on Day 1, the second and third rounds will follow on Day 2, and the last four rounds on the last day. This is expected to be a very active draft and to include a series of agreements between teams, all competing for the 256 players who will be selected.

Betcris, the main sports betting operator in Latin America is also ready to assume its position as regional sponsor of the NFL and this time presents the NFL Draft through the league’s digital platforms so American football fans can enjoy this content in the Spanish-speaking countries of the region.

As it prepares for the next Draft, the company is preparing a series of betting lines, as well as promotional activities that will provide high-value experiences for its customers.

The NFL Draft will be covered on various television channels and online streaming platforms and will be presented in its entirety through the NFL GAME PASS platform. 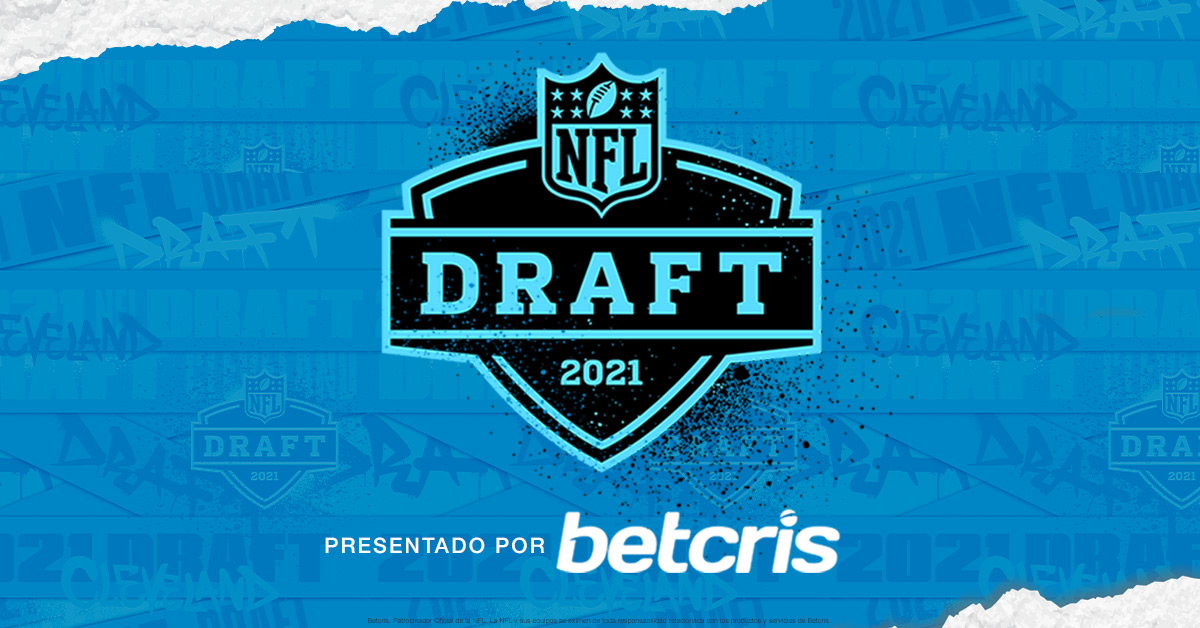 Jacksonville Jaguars will be the first club to pick in the draft, and subsequent teams and picks will be affected as teams negotiate swaps to select prospects. Recently, the San Francisco 49ers were able to secure the third overall pick in the draft through a multi-team deal, while the Miami Dolphins dropped their first pick at No. 6 in exchange for more future picks and the Philadelphia Eagles rose to 12th position in the Draft after agreeing with other teams.

Trevor Lawrence, the outstanding quarterback of the Clemson Tigers, has been singled out as the top prospect of this Draft since the beginning of last college football season and is expected to be the first pick for the Jacksonville Jaguars next Thursday, April 29. when the first round of the 2021 Draft begins.