Betcris started 2022 with intensity in all the markets in which it has a presence. Poland is no exception and presented its first sponsorships. Betcris signed alliances with current champions of Poland, handball team Lomza VIVE Kielce and Asseco Resovia Rzeszow, one of the most recognizable local volleyball teams.

During the press conference, which was held on 28th of February in Kielce, representatives of Betcris Poland and the Club’s signed the contract making the alliance official, and symbolically handed a team T-shirt, with Betcris logo on the sleeve, to Board Member Jacek Jakubowski. Present at the conference on behalf of VIVE Kielce was Talant Dujshebaev team´s coach, and Alex Dujshebaev the team´s captain.

“We are very proud to officially announce the very first sponsorship cooperation on Polish market. It’s really a big step ahead for our brand, just after few months since our debut in August 2021. During the process of selecting the proper sports organization to start cooperation with, there were taking into consideration many different key factors and VIVE Kielce represents absolutely all of them: prestigious and highly recognizable brand, multiple champion titles and international sports achievements, finally fantastic business with marketing know-how. We look ahead with optimism and really hope that the partnership will bring many positive aspects for both sides” commented Jacek Jakubowski, Board Member of Betcris Poland.

Vive Kielce is an 18-times Champion of Poland as well as EHF Champions League 2016 winner as the only Polish team ever to achieve that title. According to the signed contract, Betcris Poland has become a Main Sponsor as well as Official Betting Sponsor of the Club.

Also, Marian Urban, President of VIVE Kielce noted that both partners have many in common: international range of activity, strong aspirations, and leadership approach. “I am very happy that our Club has an opportunity to involve in cooperation with such solid and dedicated partner. Betcris aims to achieve effective goals, which will also positively affect fans of both our team and, in general, handball in Poland. I strongly believe that together we will grow and reach another international levels” said Urban. 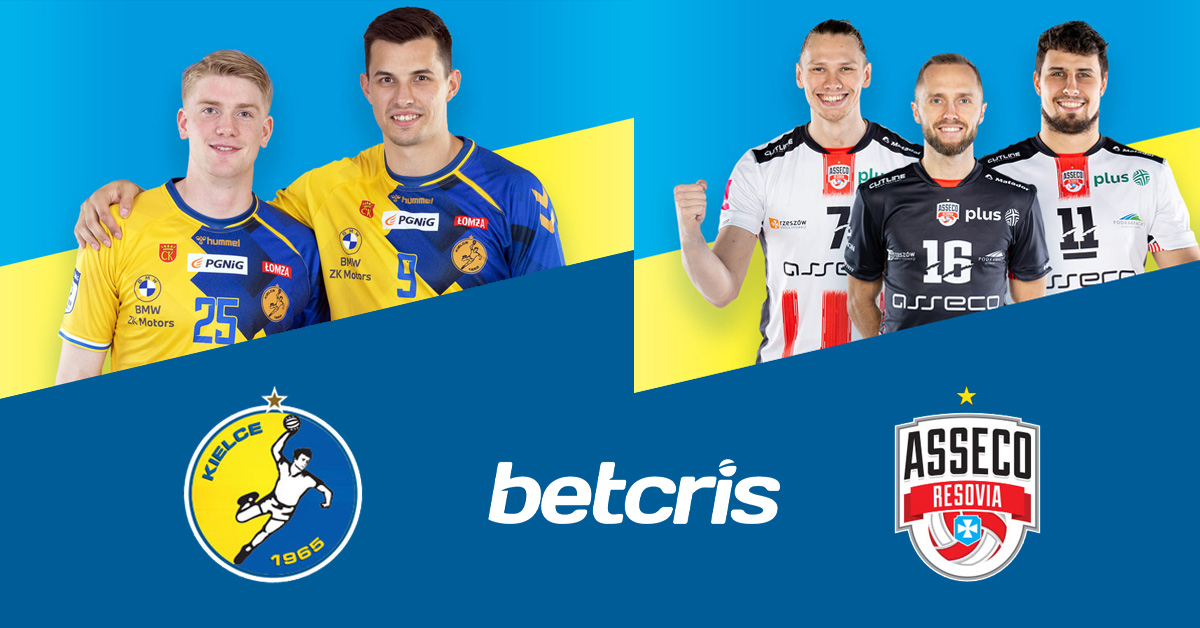 Another significant moment took place a day after, on March 1st in Rzeszow. Betcris presented the strategic sponsorship with Asseco Resovia Rzeszow volleyball club. Similarly, to Vive Kielce, partnership with Resovia implies not only holding sponsor status and wide TV with event brand exposure but also visible range of activities to engage the Club’s fanbase.

“Announcing the partnership with Asseco Resovia, 7-times Champion of Poland, a team with a rich history, is a remarkable business step for us. We all know how important and popular volleyball is in Poland, so joining the community, especially in context of fantastic and engaged Asseco Resovia fans, means a lot to us. That’s why Betcris as Strategic Sponsor plans to implement many promotions specially designed for the club’s supporters” emphasized Lukasz Kieza, Head of Marketing in Betcris Poland.