Betcris continues to prove itself as the leading sports betting and online gaming operator in Latin America and has set itself the goal of partnering with the leading sports organizations in the region. It is already a sponsor of several sports teams in Latin America, as well as an official sponsor of the NFL and MLB for the area, and as a market leader, the alliances do not end there. This 2022 begins with the official presentation of another important sponsorship to its growing portfolio. Betcris and Club de Futbol Pachuca have signed an agreement that places betcris.mx as the club’s official betting site.

This alliance between Betcris and Pachuca confirms the betting company’s commitment to the Mexican market, where it is already present as an official sponsor of Club Atlante and the Mexican National Team.

Betcris offers online services in more than 16 countries around the world, as well as face-to-face service in more than 300 locations throughout Latin America. Its customer service approach, competitive odds and fast payments are some of the advantages that make Betcris the preferred site for those looking to bet on sports and casinos, safely and reliably.

The Pachuca tuzos come to the Betcris family with an enviable sports curriculum, they have won the Mexican league six times and the Concacaf Champions League five times. In addition, in 2006 they won the Copa Sudamericana, being the only team in the world to win an official tournament endorsed by FIFA outside their confederation. And it is the first Mexican club to have participated four times in the FIFA Club World Cup, in which in 2017 it obtained third place.

José Edwin Villarreal, Director of Global Marketing of Betcris indicated that “it is a pleasure to be able to start a relationship and be part of the Pachuca tuzos family. We are very excited about this one which we hope will be around for a long time. There are many eyes that are aware of this alliance. That is why we enter with a lot of enthusiasm, a lot of optimism and from Betcris we are going to dedicate all the resources so that this alliance is for many years”.

For his part, Armando Martínez Patiño, president of Club Pachuca, stressed that “something very important that we always have in the Pachuca group with all our sponsors is to see all those coincidences that we have, and with Betcris we have many coincidences, first the values, second that sympathy we have with Betcris for being a Latin American company, we identify with the company because they compete with the largest betting companies in the world and manage to play a great role with that we identify with. What a pride to have one of the largest bookmakers that are sponsors of the Mexican National Team, which is not just any, they also sponsor the NFL and the MLB for all of Latin America, that is very important.” 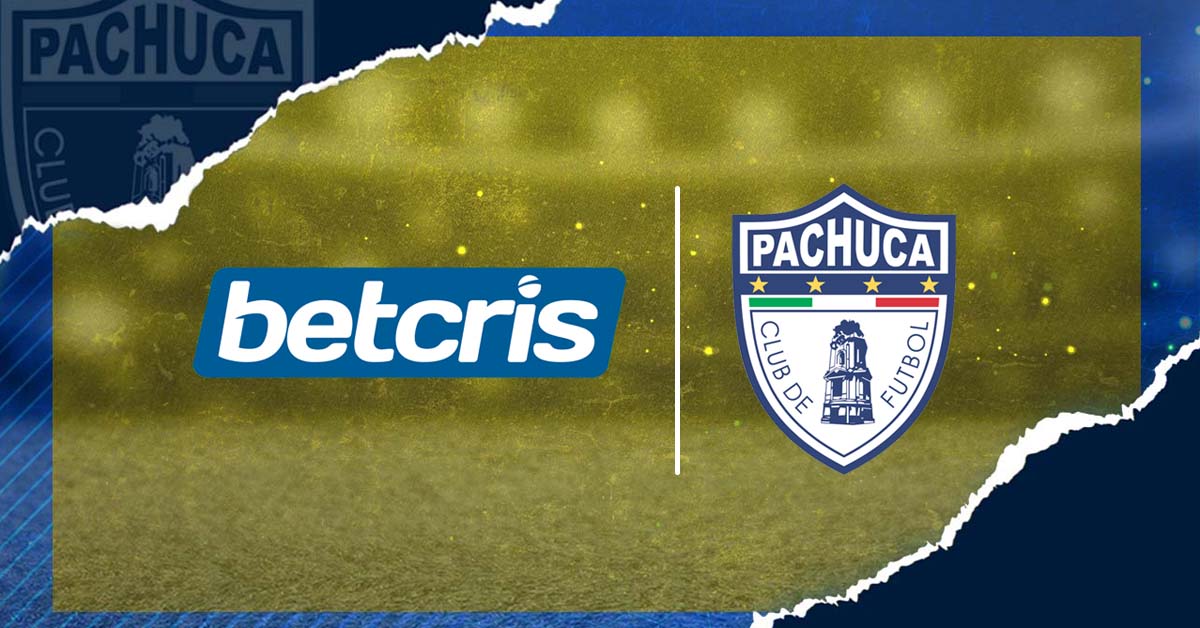 Betcris is proud of its multiple sponsorships in the region. They are considered an integral part of the operator’s commitment to promote a unified sports gaming industry throughout Latin America. As it continues to expand into new countries in the region, it is actively seeking new sponsorships and partnerships that can further enhance that commitment.

Thanks to this new alliance with Club Pachuca, Betcris becomes the sports betting house par excellence in Mexico, providing trust and security to its customers.