The UEFA Champions League Final is rapidly approaching. The highly-anticipated matchup is less than two weeks away, bringing together two of the greatest teams in the world of soccer. Betcris, the leading sports betting platform, is anxious about the game’s arrival, and has a number of promotions lined up for the match.

The UEFA Champions League Final will be played at the Stade de France, located in Paris, on May 28. In this game, the players of two old acquaintances will once again face off. On the one hand, Real Madrid, led by Carlo Ancelotti. On the other, the Liverpool team of Jürgen Klopp. Both squads met in the final of the Champions League in 2017-2018, where the Spanish team defeated Liverpool 3-1.

In preparation for the big game, Betcris is introducing a number of sports betting promotions. New users can take advantage of a new user bonus that doubles their first deposit. There is also a reload bonus of up to USD 500 or its equivalent in local currency.

In addition, the sportsbook is running a number of promotions and dynamics focused on its markets. There are special prizes for all users, which Betcris will present through its various physical and social media channels. Among the prizes will be raffles of official and collectible game balls. Users can also expect a high number of live betting options, as well as unique proposition bets before and during the contest. 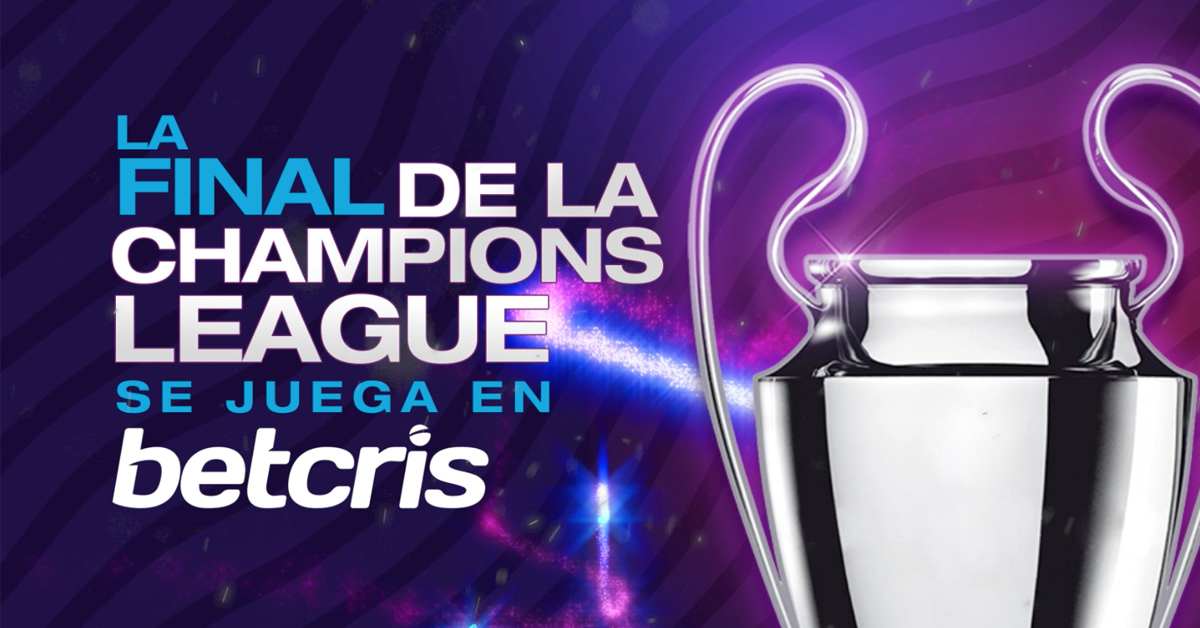 Real Madrid and Liverpool last met in the quarter-finals of the 2020/21 edition. Madrid won that game 3-1 in the first leg at home and qualified by the same overall result following a goalless draw at Anfield.

The teams also met in the group stage of 2014/15. Madrid won both matches, with two goals from Karim Benzema in the first, a 0-3 away win. The Frenchman also scored the only goal of Madrid’s 1-0 win in Spain two weeks later.

However, prior to that, Liverpool beat Madrid 5-0 on aggregate in the knockout stages of the 2008/09 season. It won the first leg in Spain 0-1 with a goal from Yossi Benayoun with eight minutes to go before completing a comfortable 4-0 aggregate victory in the second leg at Merseyside. It was Madrid’s biggest defeat in the UEFA Champions League.

Betcris is ready to take part in this amazing tournament. Liverpool is a favorite to win the tournament, and this competition will be one of the most exciting in recent history. Betcris will provide coverage of all the action, and there will be special incentives for all fans.