Another edition of the annual industry event, Polish Gaming Aces 2021, is behind us and it turned out to be a success for Betcris Poland as the brand was officially announced as Debut of the Year.

Interplay, as host, decided to honor the industry leaders by presenting the winners in ten categories in front of representatives of the leading gaming brands operating in Poland, gathered in a stylish and industrial hall in Warsaw.

The Interplay jury justified the choice of Betcris as Debut of the Year among other notable candidates in that the company brought freshness to a highly competitive market. Furthermore, it has been pointed out that Betcris, the category winner, was the first brand in Poland that broke the existing trend and decided to entrust Betconstruct as a platform provider, which was interpreted by experts as an act of bravery and a non-standard business choice. Accepting the award, Jacek Jakubowski, representative of Betcris, emphasized that Poland is the first European market in which the company decided to start its operation.

“Betcris is a recognizable international brand, leading its business mainly in the LATAM market, but lately it also made its European debut in the Polish market. That is why we are happy that our work has been appreciated by the jury. I would also like to add that behind this award is a strong team with strong industry knowledge. Now our main goal is to constantly develop our product and enrich it with new tools, which will be well received by our customers,” said Jakubowski. 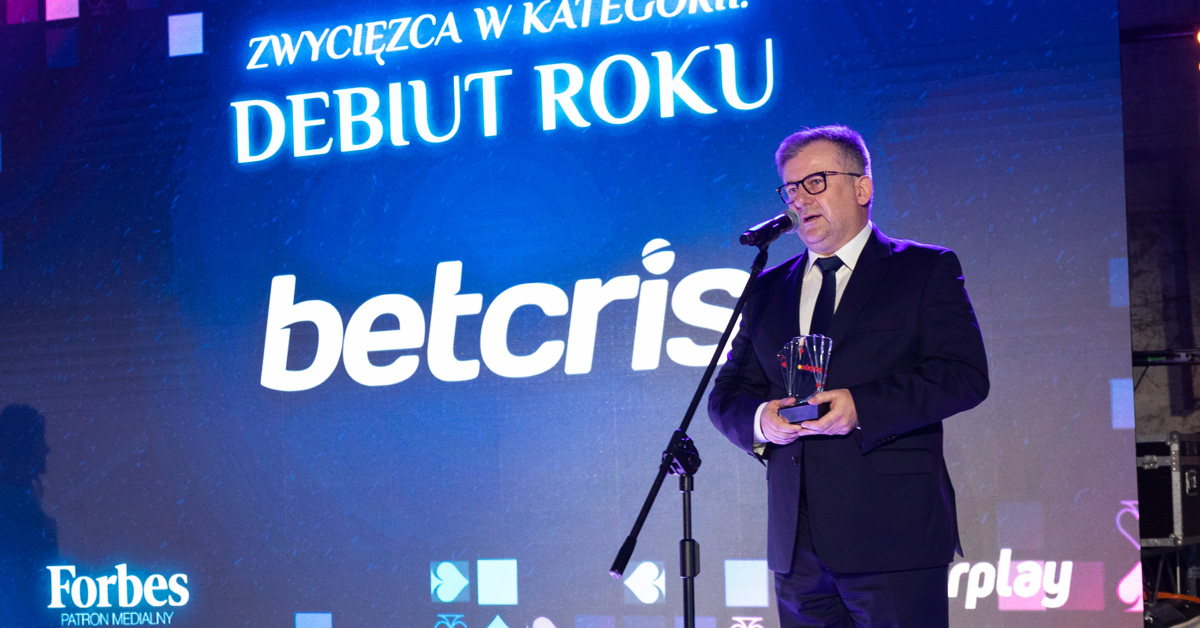 Betcris Poland kicked off 2022 by accepting two awards during the Betting Awards Gala organized in Poland, in the categories: Debut of the Year and Best Esports Betting Lines.